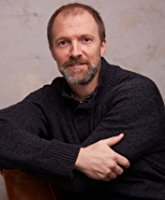 Books Written While in Prison

You might be surprised to find that these books were written while in prison:

We should also add to that list, The Pilgrim’s Progress by John Bunyan.

In 1660 King Charles II came to the throne and ordered that all preachers that did not belong to the Church of England be imprisoned or banished. Bunyan’s congregation was currently meeting at an Anglican church and were told they could no longer have services there.

Still, he continued preaching in other places and later that year was warned that he would soon be arrested. He refused to escape and was arrested and sentenced to three months imprisonment. He was threatened with more jail time, banishment from England, and possible execution if he did not agree to stop preaching.

Although he could have his freedom whenever he wanted it, Bunyan refused to renounce preaching, opting to stand firm and keep a clear conscience instead; he was imprisoned for a total of 12 years in the Bedford County Jail.

While imprisoned, he became the pastor of a congregation of inmates and stayed busy writing religious tracts, sermons, and nine books, including Grace Abounding to the Chief of Sinners, which was published in 1666.

In 1671 King Charles II issued a declaration of religious indulgences that released thousands of non-conformists from prison, including Bunyan in 1672. He immediately returned to preaching but three years later was put back in jail again for around six months. It was during this time that he authored The Pilgrim’s Progress, which was published after his release.

Bunyan’s imprisonment brought great hardship to his family, but God had a purpose. Over the next 200 years, The Pilgrim’s Progress would rank just behind the King James Bible as the most common and important book in evangelical Protestant households. It has been translated into more than two hundred languages, including eighty in Africa alone.

Bunyan could never have imagined that his book would achieve such notoriety and encourage the writings of such famed authors as Charles Dickens, Charlotte Bronte, Mark Twain, Louisa May Alcott, and C.S. Lewis.

I hope you will take some time to see if this book can encourage you as it has me and countless other believers in their walk with God.

The discount is only going to last for a little longer so please take advantage of it! Many of you have asked about a print book. We have one! Just click on the button below to get either.

The Reviews Keep Pouring In!

TanyaAmazon Reviewer
Read More
Absolutely loved this book! I tried to read the original years ago and couldn't get 4 pages in before getting frustrated. Definitely not the case with Alan Vermilye's book. I could not put it down! You won't be disappointed.

AdamAmazon Reviewer
Read More
I tried to read the Pilgrim's progress many years ago, but put it down due to being not very readable to our modern english ears. With Alan's updated translation I found it very readable and valuable for my journey of faith. While I didn't use the study guide attached, I found the book to be very valuable, and as a pastor, beneficial for the Christian life.
Previous
Next 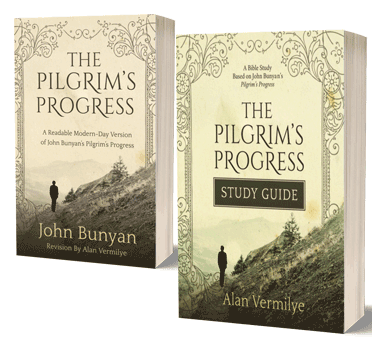 Get the Book and Study Guide!

Consider The Pilgrim’s Progress as your next small group Bible study! The study is perfect for individuals, small groups, and Sunday School classes.

Learn More about the Study Guide